The Moss Mine is located in Arizona in the historic Oatman District. The project hosts a stockwork/vein-hosted gold deposit located some 5 miles northwest of the town of Oatman. The property has excellent infrastructure with Kingman, Arizona to the east, Laughlin, Nevada to the west and Las Vegas, Nevada to the north.

The Moss Mine project was staked by MinQuest Inc., managed by Richard Kern, in 2003 and optioned to Patriot Gold in 2004. Richard expanded the claim block to include all of the patented claims in the area, drilled out an initial resource and completed the first leach testing ever done at Moss. When Patriot Gold ran low on funds he found a joint venture partner, Northern Vertex. Under Golden Vertex (GV), U.S. subsidiary of Northern Vertex, Moss has proceeded to production, with the first gold/silver bullion poured in March, 2018. GV has a current mine plan to produce 478,000 ounces gold equivalent. The deposit is open-ended to the west and has potential to get much larger. Further information on the Moss Mine can be found on their website. Great Basin Resources owns the MinQuest royalty on Moss. 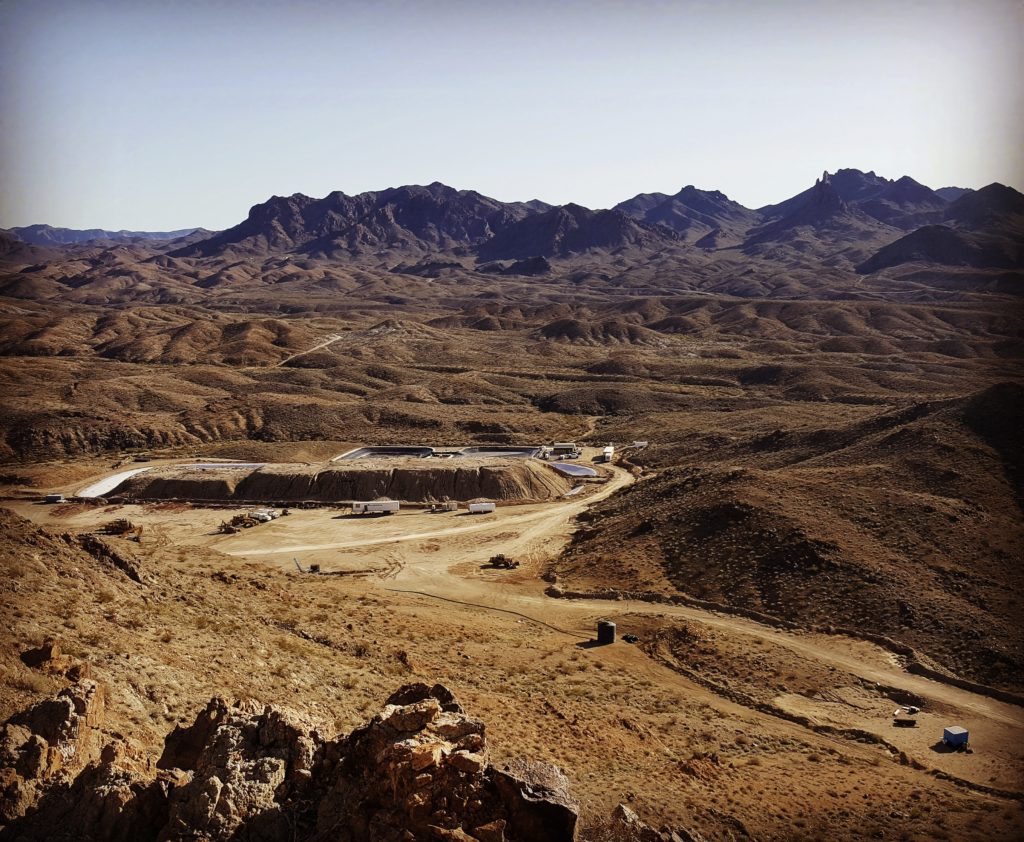