The Tyrone Project is comprised of 77 unpatented mining claims covering a total of 1500 acres. The project is located near Silver City, New Mexico, three miles west of the old Tyrone pit and just 1,500 feet from Freeport’s current open pit extension over the old Ohio Mine. New exploratory drilling has been recently conducted by Freeport within 700 feet of the Tyrone Project claim boundary. One small historic open pit and numerous outcrops expose a nearly flat chalcocite blanket on Great Basin claims to the west of Freeport.

Historic work on the property was performed by Noranda and Callahan in the 1960’s and Nuclear Fuels in the 1970’s. Noranda completed five drill holes to an average depth of 275 feet in the vicinity of the open pit. Callahan completed a single drill hole on the southern edge of the property for a reported +1000 feet in depth. Nuclear Fuels drilled 12 to 15 air track holes with an average depth of 75 feet on the northern portion of the property. The various drill programs intersected copper grades from 0.15% to 2%. The better grades are restricted to the oxide and mixed portions of the system. An IP survey was completed in 1970 for Nuclear Fuels. This IP was reinterpreted by Fritz Geophysics of Fort Collins Colorado, and indicates an excellent IP response that is approximately 3,000 by 6,000 feet in extent.

The only work completed since the early 1970’s has been compilation, reconnaissance mapping, geochemical sampling, and leach testing. The sampling and leach testing in 2014 included samples of the chalcocite blanket that ranged between 0.21% and 0.48% copper which was found to be 79%-92% leachable with sulfuric acid. Great Basin Resources’ targets are firstly the chalcocite blanket with unknown extents and leachable high-grade oxide copper vein zones. There is also good potential for a deeper conventional porphyry copper deposit. No testing has been done for this type of deposit. The company believes the project has excellent potential to host +100 million tons of leachable copper with additional potential for copper-molybdenum mineralization at depth beneath the IP anomaly. 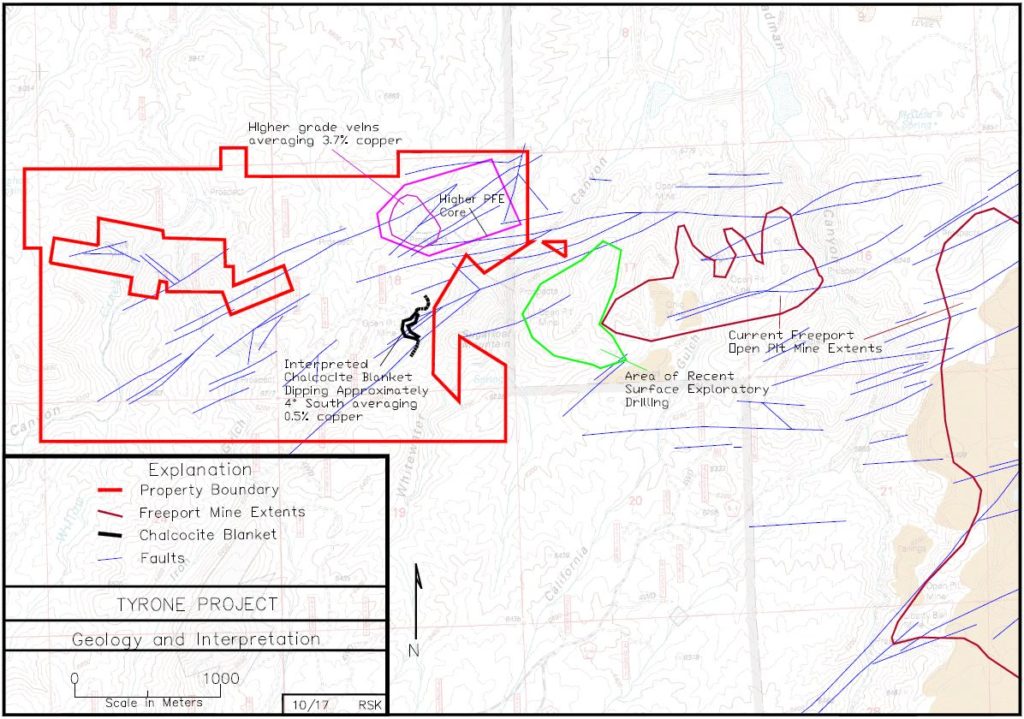 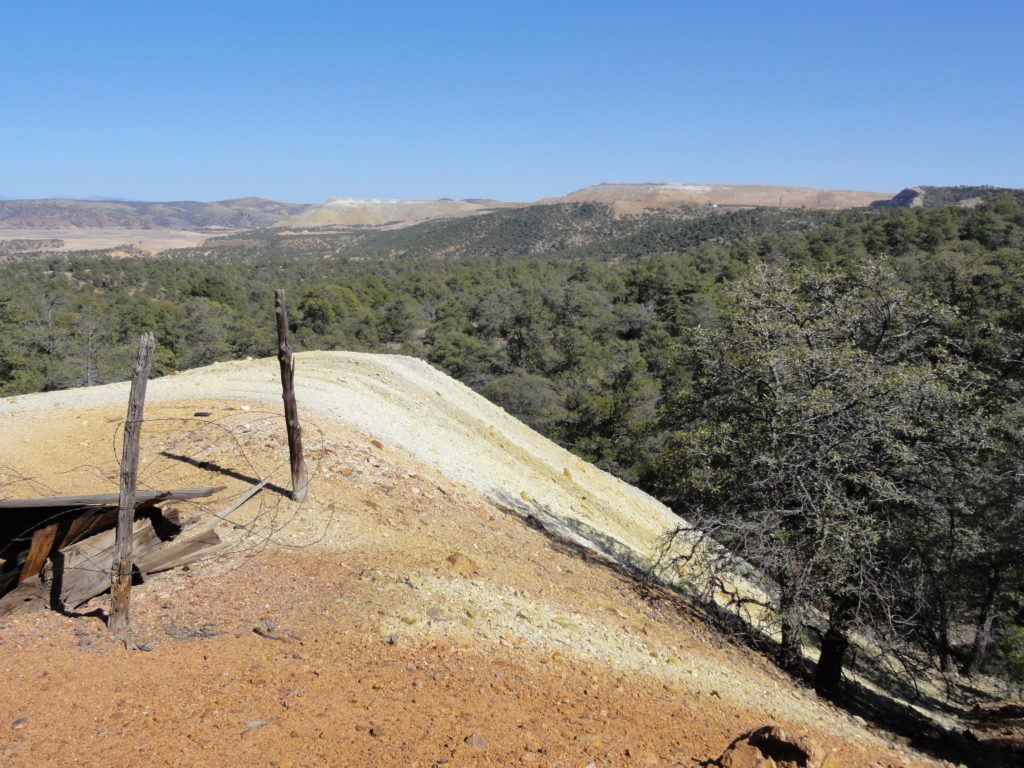 The Tyrone Project is owned by Great Basin Resources Inc. and is available for lease or option.