The Imperial Project is a vein and sediment hosted gold project comprised of 35 unpatented mining claims covering a total of 660 acres. The project is located 18 miles northeast of Goldfield, Nevada in the Silver Peak District within the Walker Lane. Silver Peak is the second largest gold producing area in Esmeralda County after Goldfield. Historic drilling has intersected both high-grade vein hosted and heap leachable Carlin style mineralization which needs additional drilling. The property is fully permitted and bonded for the next phase of exploration.

The project area encompasses Cambrian age limestone, siltstone, shale and quartzite with lesser Tertiary age volcanics and intrusive dikes. The general dip of bedding is shallow to the Southeast, with the structures dipping steeply to the south. One unit in particular, which hosts the high-grade gold that was previously mined, seems to be most favorable for mineralization. This unit underlies most of the project, but is largely covered by younger unfavorable host rocks. Gold and silver mineralization within the project area comes in two forms. The mineralization within the high grade veins, along en echelon structures, is within iron oxide rich quartz carbonate veins. These veins are up to 20’ in width and were mined in the 1930’s. Underground sampling of remaining wall rock and pillars contain from 0.15 oz/ton to 7.8 oz/ton gold. Peripheral to this high grade alteration, decalcified rocks host lower grade Carlin Style mineralization. Initial metallurgy on the low-grade mineralization shows good gold/silver recovery. All gold and silver mineralization discovered within the project area to date is oxidized.

Modern exploration at Imperial began in the 1980’s. Felmont Oil drilled 17 RC holes on the property in 1983-84, of which 5 intercepted significant thicknesses of +0.03 ounces per ton gold in oxidized rocks. The best hole drilled is located in the eastern portion of the Imperial Fault target and contained a 100 feet long intercept of 0.036 oz/ton gold, including 20 feet averaging 0.062 ounces per ton. Air track drilling carried out in 1987 by Nevada Star defined a small resource of +0.05 ounce per ton gold and confirmed the presence of gently dipping Carlin-style mineralization. American Goldfield drilled in 2005 and 2006. The company had two good intercepts of the Imperial Fault veins including 10 feet of 0.50 oz/ton Au and several intercepts in the Resource Target, the best being 20 feet at 0.079 oz/ton Au. In 2012 North Spring Resource Corp. drilled several RC holes throughout the property and discovered thick Carlin style mineralization at two drill sites roughly 400 feet apart. The three holes drilled at the two sites contain 90-145 feet thick intervals of +0.01 oz/ton Au. No follow-up has been done of this drilling. 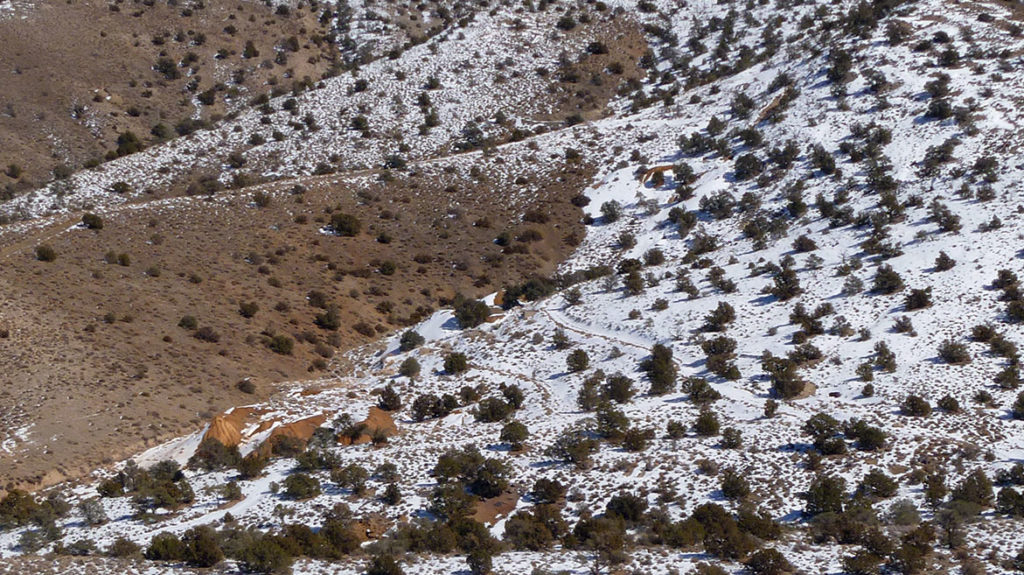 The project presents three major targets for exploration.  The Imperial Project is owned by Great Basin Resources Inc. and is available for lease or option.