The Black Silver Project is comprised of 2 unpatented mining claims covering a total of 40 acres. The property encompasses a low hill with a shallow shaft and a few pits containing silver values from 1 to 10 oz/ton.  Controlling structures appear to be both low angel detachment and high angle normal faults.  The hill is surrounded by shallow pediment cover extending 2000 to 5000 feet in all directions.

Exploration history includes the initial prospecting in circa 1930’s (?) followed by shallow airtrack drilling by Homestake in the mid 1980’s. Homestake’s drilling suggested a shallow low angle blanket of mineralization extended off to the west under gravel cover.  In 2006 LeBon conducted shallow drilling of the pediment on roughly 100 foot centers stepping off to the west and south of the hill.  These drill holes confirmed the existence of the fault, but identified only a significant resource of silver.

Exploration potential exists within the hill, to the north and possibly to the east. A high angle fault zone to the north contains significant silver values over ten foot widths.  The low angle detachment may undulate and dip easterly.  The silver values are significant enough to consider a second round of drilling to test the concepts.

The Black Silver Project is owned by Great Basin Resources Inc. and is available for lease/option. 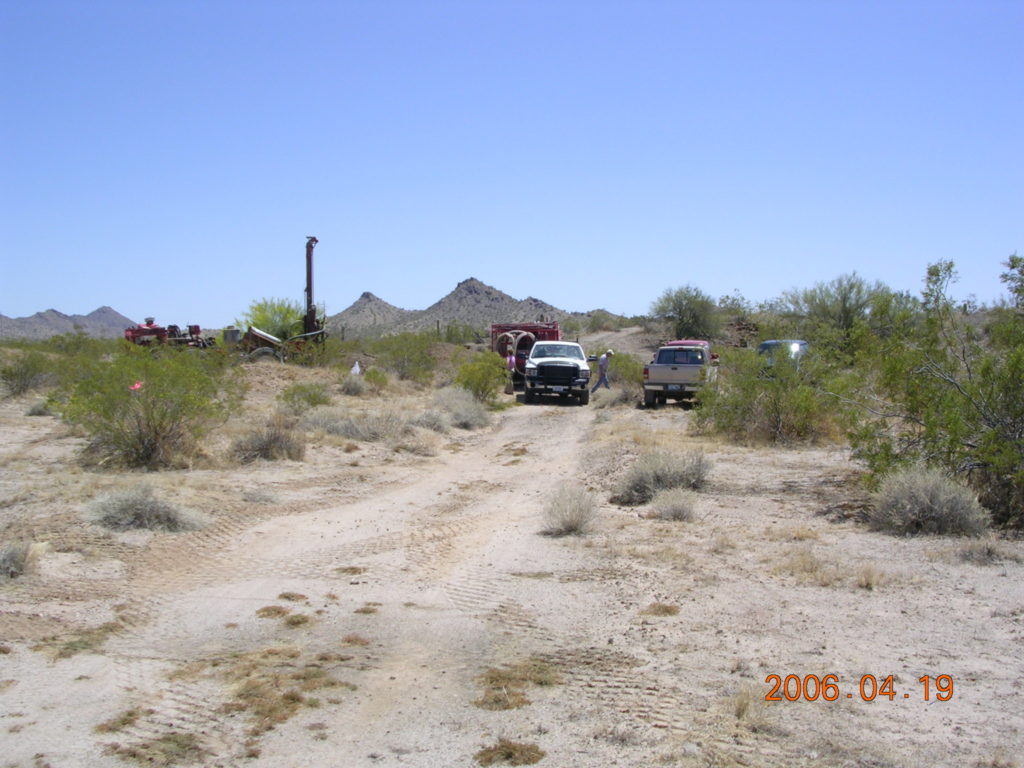