The Hercules Property is a bulk minable, heap leachable deposit also containing high grade gold/silver veins exposed at surface. Comprised of 116 unpatented mining claims (2300 acres) in the Walker Lane Mineral Belt of western Nevada, the property was discovered shortly before the 1859 discovery of gold at Virginia City, just across the valley. The property was abandoned when the Comstock bonanza lodes were discovered. Modern exploration, begun in the 1980’s saw sporadic drilling and the development of a significant historic resource. The property is currently leased to Iconic Minerals, Ltd. who are open to joint venture.

The mineralization at Hercules mirrors that of Virginia City, with high grade veins of mineralization surrounded by lower grade disseminated mineralization. Gold and silver values in the epithermal quartz/calcite veins vary within the vein, with some especially enriched zones running up to 11.95 ppm gold and 319 ppm silver. Younger volcanic and sedimentary rocks locally cover the mineralized zone, especially on the far southern end of the property.

There are two major, parallel vein systems at the property. Each is dissected and offset by a series of east-west, left lateral faults that split the systems into different targets. The westerly system, known to the south as West Cliffs and to the north as Loaves, seems to have large volumes of low grade, bulk minable ore near surface, and a few deeper, high grade hits. Potential for more high grade exists at depth in this target. The eastern system, with the Hercules target to the south and Northeast target to the north, contains both high grade veins and lower grade bulk minable zones. The highest assays to date have all been taken in the Hercules target area, with high grade mineralization both at depth and on surface. This target had a relatively extensive adit driven into it in the 1800s, but when Virginia City was discovered, the miners seem to have left, with only minor stoping of the very highest grade ore having ever taken place. The historical resource of the Hercules project, done from broad-space drill holes is 48.4 Mt @ 0.023 oz/t AuEq (0.79 g/t AuEq) which equals 0.90 M oz Au and 12.5 M oz Ag. An initial leach test showed good gold and moderate silver recoveries. The deposit has a very low stripping ratio.

The property currently has a Plan of Operations in place and is drill ready. Access to the property is all via existing public paved and dirt roads and tracks, the dirt portion of which is permitted for improvement if need be. The initial drilling would better define the Hercules target, which has the best grades of the four targets. After producing a NI43-101 resource, bulk heap leach testing would be conducted on site. This would allow early initial production while the greater resource continues to be defined. 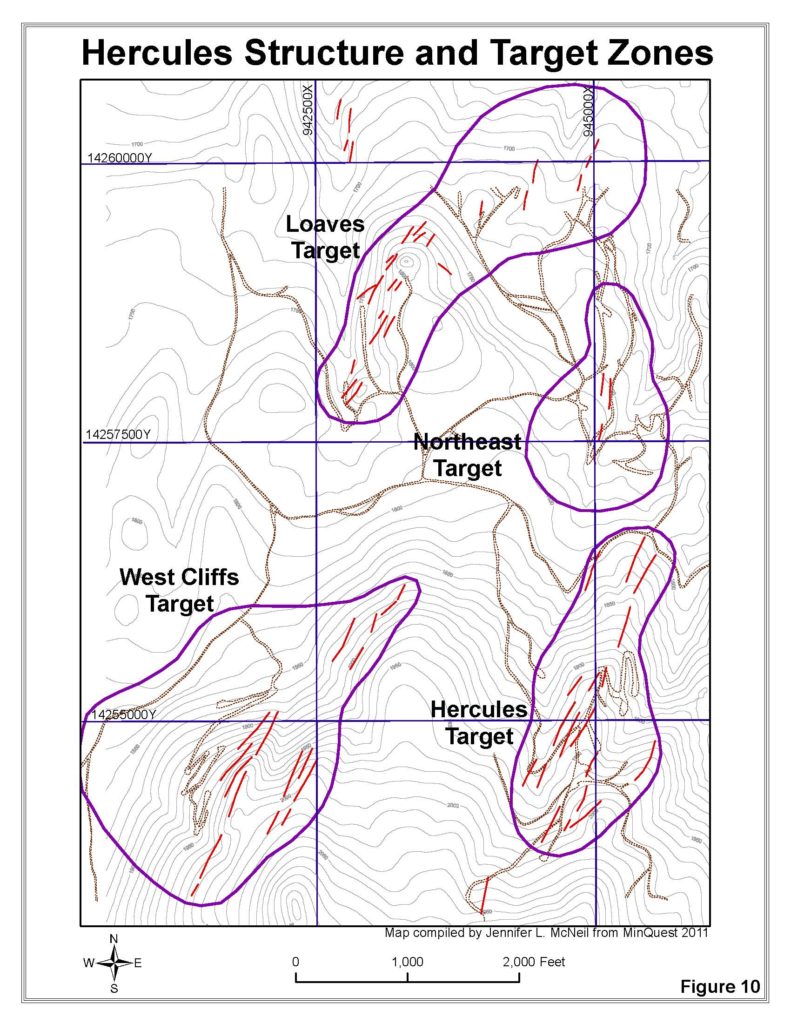 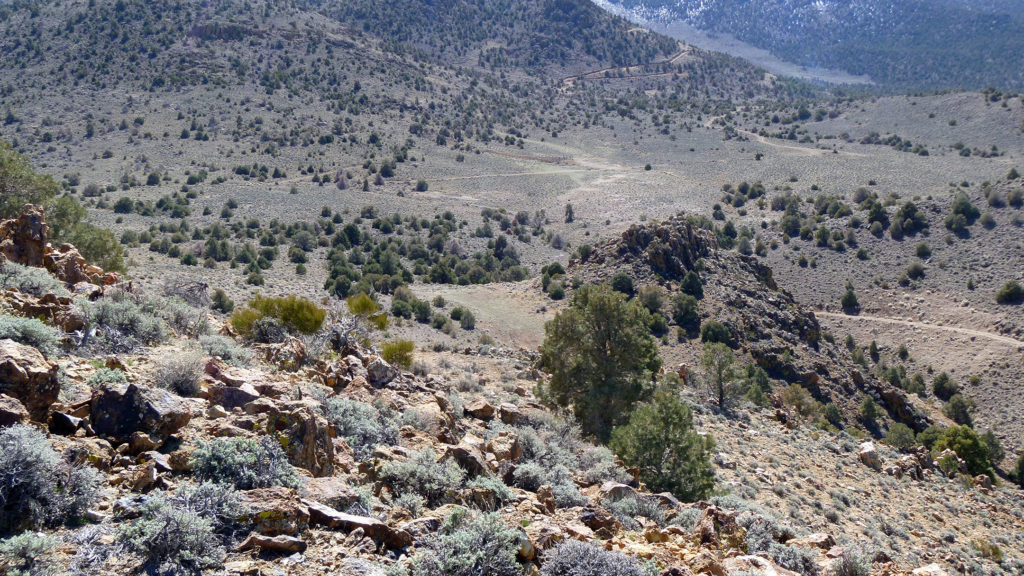