Great Basin Resources Inc’s Jet Project is comprised of 4 unpatented mining claims covering a total of 80 acres. The property is located in the Palmetto Mountains south of Silver Peak in Esmeralda County, Nevada about 300 kilometers northwest of Las Vegas. Goldfield, a 5.0 million ounce gold producer is 40 kilometers to the east. Access to the property is by 15 kilometers of good gravel road from Silver Peak. The project represents a grass roots exploration property with no defined resources.

Several short adits were developed in the area in the 1920’s and1930’s. Two of the four adits are open to inspection. There is no evidence of any production from this work although a caved decline does expose a gold-bearing shear that may have been followed deeper. The property lay idle until 1974 when Lyle Cambell, working on a grubstake agreement with American Selco, sampled and recommended it for acquisition. Cambell’s dump sampling averaged 2.0 g/t Au with a few grab samples assaying as high as 22 g/t gold.

The project area is underlain largely by chert, argillite and lessor limestone of the Ordovician age Palmetto formation that has been intruded by a large intermediate intrusive. The contact zone between the intrusive and sediment is a brecciated zone that strikes nearly east-west and appears to be nearly flat-lying. This breccia zone is a host for quartz-sulfide mineralization. Several apparently gently dipping quartz veins have been emplaced within this contact zone and then brecciated by further faulting. Post-mineral dikes, following late high angle faults are also present. Tertiary extrusive volcanics cover part of the surrounding area.   The area has also been partially buried by material eroded from higher topography to the south

One adit, which is lower than the others, intersects chacopyrite-bearing quartz that looks similar to high-grade gold ores in the Silver Peak district to the north. Results for sampling of quartz from the adits and dumps by Richard Kern found significant gold values (up to 10.7 g/t) in all samples containing vein quartz. The contact zone with the underlying intrusive, where the most structural preparation would have occurred, is the primary target at Jet. This could easily be tested with several shallow drill holes. 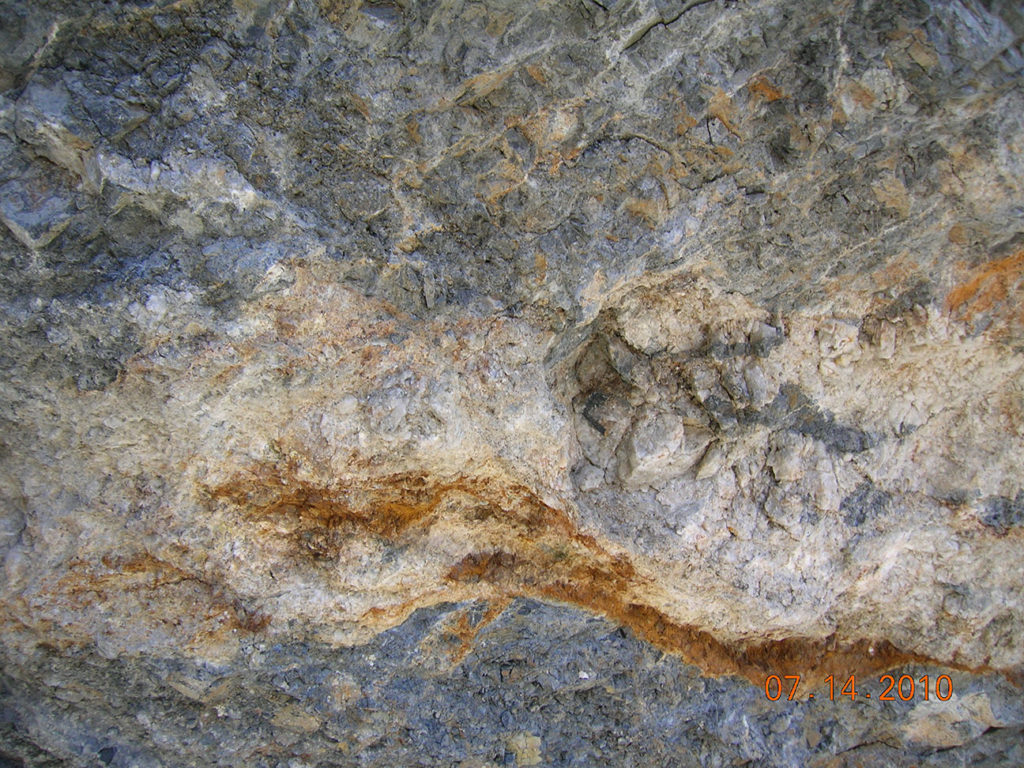 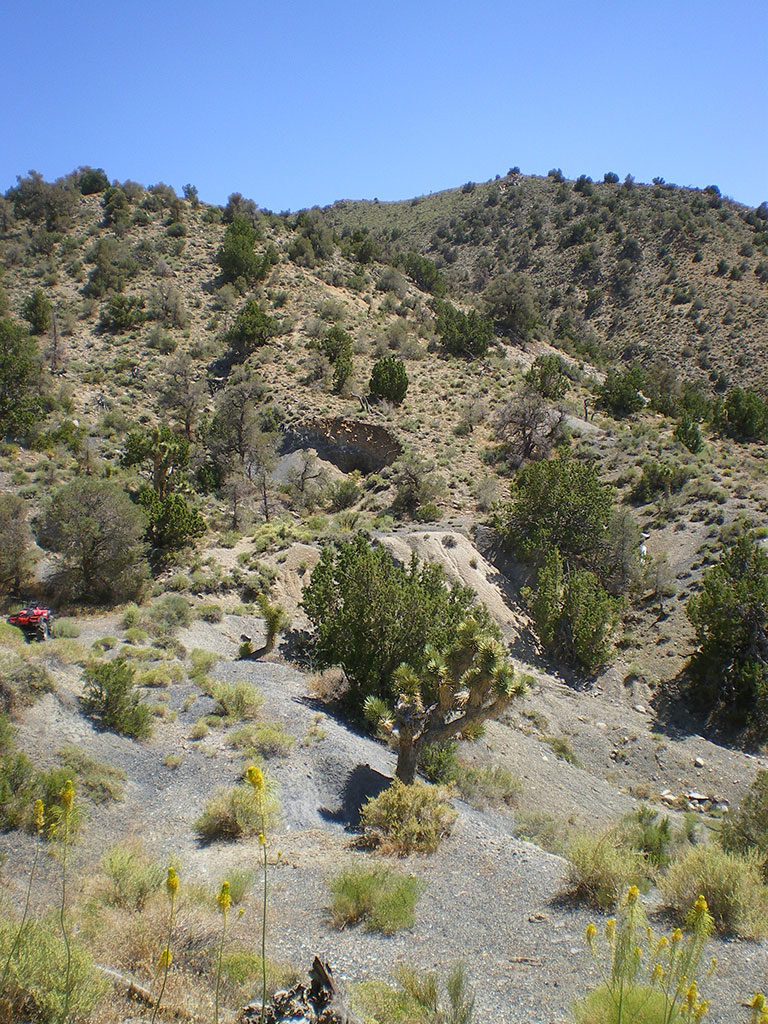 The Jet Project is available for lease or option.